Ok, so those of you that are really perceptive and have advanced Google skills will eventually find out that Guadalajara is ahead of San Francisco by two hours. But bare with me, there are a lot of advantages in the city. For starters it is 3 hours and 54 minutes away by plane.

Now that we got that out of our system, let’s talk about how Guadalajara turned into the tech hub of Latin America or, in other words, the Mexican Silicon Valley.

Guadalajara has a lot of business advantages. First of all its Geographic location and Connectivity, I cannot stress enough the benefits that get reaped from this. Second and certainly one of the most important things: A large and highly talented workforce that, to top it all off you can get at low cost. Further there is the multitude of big tech companies that have already established here and you can add too that many startups that have been created here and have received millions in VC. As a result of the tech ecosystem that was created naturally,  Tech Clusters have been built and Coworking Space companies have established in the city.

So, let’s face it. Even in this globalized, digital, virtually interconnected era, geographic location still plays a big role in how the economy works. In other words, nobody likes sitting in a plane for 15 hours straight just to have a work-related visit, therefore working with people nearby does make a big difference in the levels of productivity and efficiency.

That being said, up next is a map of how Guadalajara and the US are connected via airplane. The next obvious advantage is the large pool of talent that lives in Guadalajara. Otherwise, this article wouldn’t really make a lot of sense and probably I would make more emphasis on tequila.

It all starts with the proximity to the United States’ culture and language. Contrary to some countries in Europe, in Mexico, we get all the movies and TV shows in the English language and with subtitles, but not dubbed. Ok, so this is not the main reason why there is a lot of talent in computer science here but I’m pretty sure it has to do with it. Guadalajara’s workforce speaks really good English and that helps quite a lot.

Some of the best universities in Latin America are based in Guadalajara. For example, one that even bears its name; Universidad de Guadalajara , has a college campus in Los Angeles, California.   Instituto Tecnológico de Estudios Superiores de Occidente, ITESM, and Universidad Panamericana are some of the big names in the city’s education scene. These academic institutions, in addition to some other initiatives as Laboratoria, Centraal Academy or Code GDL Academy produce  85,000 STEM  graduates in the city every year.

Well, to sum it up, there’s so much talent in Guadalajara that they even needed to create an event called Talent Land.

Guadalajara has been known as a tech hub in the international scene for quite a while and has attracted some of the most renowned companies.  Big international companies like Cisco, Gameloft, Intel,  Oracle,  HP, Dell, and IBM have established here.

Since 2014, around US $120 million have been invested in nearly 300 Guadalajara startups. Most of this investment is coming from venture capital in the United States. Here’s a list of 10 start-ups from Guadalajara that are having tremendous success.

Guadalajara is also home of big cluster projects like Creative Digital City GDL and Distrito La Perla, which are home to companies like Centraal Bosch and Wizeline respectively.

Creative Digital City, (CCD for its initials in Spanish), is projected to become a hub for the digital industry in Guadalajara. CCD aims to attract Mexican and international creative minds to develop new digital media content. The project is regenerating the city’s historic center into a creative space for digital industries and will create a hub for the digital media industry within Mexico – from TV, cinema, and advertising to videogames, digital animation, interactive multimedia, and e-learning.

Designed by innovation expert Carlo Ratti,  a professor at the  Massachusetts Institute of Technology’s (MIT) Department of Urban Studies and Planning, CCD’s masterplan is an ambitious project that involves both the government of Guadalajara and big private companies like Accenture and Arup.

Public projects tend to be bureaucratic and slow. And as soon as the private sector realized there was so much talent hanging around Guadalajara, they too decided to take a piece of the tasty pie. This piece is called Distrito La Perla.

Located in what once was Kodak’s 112 acres industrial complex, Distrito La Perla is a city complex that comprises co-working spaces, physical offices, housing, fashion malls, and even a park. With companies like Toshiba and Wizeline already established in their Office Campus the private sector is competing hard with the public sector and it is hard to say who’s winning.

With all the hype that is going on and all the software and startup companies sprouting everywhere in the city, it’s not a surprise that some of the world’s leading Coworking Space Companies have already established in Guadalajara.

One of the most internationally recognized companies WeWork provides shared workspaces for technology startups, entrepreneurs, freelancers,  small businesses and large enterprises. At the beginning of 2018 WeWork arrived at the city of Guadalajara and just one year later they have already opened in two more locations in the city. Today the company has 3 WeWork Buildings in the most important parts of town.

Another big player in the international coworking spaces industry. Regus has been in Mexico for about 15 years now and they too have realized the potential business that the tech boom in GDL offers. Regus has offices in three different locations in Guadalajara.

What Can You Do To Profit From It?

This is where your company meets Start-ops; your Mexican partner. The talent is right there. All there is to do is to establish an office in the Mexican Silicon Valley, hire a team of developers and start working. At Start-ops, we are experts at providing all-inclusive soft-landing solutions.  For everything your company needs to establish in Mexico, you can rely on us.

A business needs profits to survive & grow. Stop being frustrated by thin margins. We have a step-by-step plan to help you succeed, check it out. 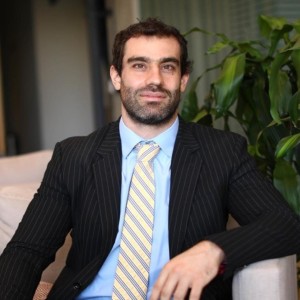 Roberto Cornejo
More from our blog

One of the hardest things to understand when establishing your nearshore operation in Mexico is employees’ payroll and the taxes involved. There are basically two... One of the greatest advantages that Mexico has is the proximity to the US. Besides being a good idea for companies to move a part... The 5 resources that made our list to succeed with a team of remote workers include virtual whiteboards and process management. Let’s talk about our not biased at all opinion of hiring what I like to call your own In-House Mexican Team. I know it’s in...

Want to lower your operating costs?

At Start-ops we help companies from all over the world that are struggling with High Costs and Low Profit Margins to easily start operations in Mexico so they can become competitive High-Level Enterprises.

Small and Medium companies deserve a fair chance to compete.

We want to see you succeed.